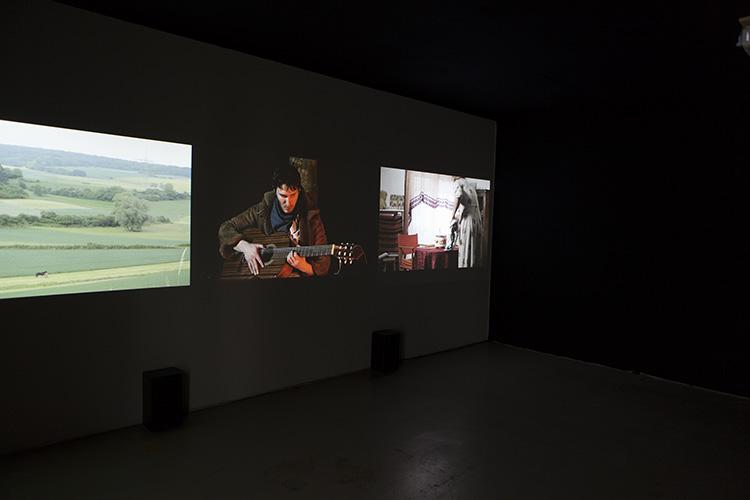 The viewer observes that this is not the case. „Mom is sometimes thoughtfully. She complains of the lost paradise. She believes that she had once. We have not lost it, because we never had it. It was only in her head „. Says the off voice of the little boy eating the male parent at the kitchen table. How can the human being and should be oriented? Can paradise ideas settings are used as a guide? What is real, what ideal wishful thinking? These Issues are discussed in this work, in poetic imagery, posed, but not answered off. The viewer remains alone with his associations and impressions, as they are the protagonists with their desires. Lonely and in search of themselves and their own ideals. In an ultimately non-existent paradise they remain prisoners of their imagination. Theparadisiacal perfection is unattainable, but driven by their ideals they move on undeterred in their roles. A large self lie? The result is a peculiar, breaks with the transfigured tragic poetry of work, but does not seem to be unknown to us.

A young woman with a horse, a cowboy next to a campfire, a housewife cooking and her young son: Ana Esteve Reig, work is a three-part videoinstallationthree with different roles as we know them in real life or fictional film world. This apparent familiarity, however, irritated reasoned. The young woman, resembling a Indian woman, full of strength and self-confidence, runs in search of freedom and independence in the landscape. At the same time, it appears that she is longing for near and tenderness that she projects on the ratio of their horse. The cowboy, he is a strong male character, sitting around the campfire with a guitar and sings, vulnerable, a love song with french accent. The housewife seems to be a woman, but a man and moves between the genders. Is he or she a mother or father? Is it important wich role is taken? Or does it play with different types of roles that determines the individual? This raises the question of whether the person is still being conducted in the modern society of models and images to their own orientation and if it depends of it. The three characters share the desire for a paradise, an ideal place where their cravings are satisfied and the hold and hope exists but at the same time they know that they can never achieve their own ideals. It’s not about the ONE paradise, but three subjective paradises that exist as utopias in the minds. “ Lost Paradise“ – the title of the work indicates, this already: In order to be able to lose something, it must have had previously.

Text by Miriam Bettin for the catalog of the exhibition Monitoring, Kasseler Dokumentarfilm und Videofestival 2011

Filmed and edited in Kassel, Germany